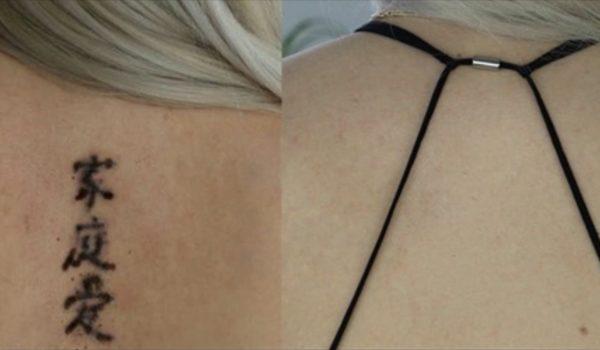 Aino had a black tattoo done on her back when she was just 16 years old. She began to regret the tattoo done by a friend very soon after it had been done. Aino waited a few years to have the stamp removed because she initially didn’t want to admit having made a mistake. Finally, Aino started the removal process, and the tattoo was removed entirely with six treatment sessions. The skin was left with some lighter-toned parts but no raised scarring.

Just one treatment session can remove a spider angioma.

Removal of hip and buttocks tattoos

Excellent end results in the removal of multicoloured tattoos.

Laser treatment of superficial blood vessels on the face

No signs of a face tattoo after six treatment sessions.

Underarm hair removal can be carried out quickly and painlessly with an alexandrite laser.

Rejuvenation treatments for a mother and daughter

The website collects visitor monitoring data to Google Analytics. For example, visitor amounts and data concerning how the website has been reached, are saved in Analytics.